Life for an artist, any artist, was difficult.  There were few rewards other than the most important, which was satisfying one’s need to create.  But in the art world of galleries, collections, and museums that the avant-garde artists in New York would inherit in the late 1940s, the difficulties experienced by the men who painted and sculpted would be nothing compared to those of the women.  Society might mock the men’s work and disparage them for being “bums,” but at least they were awarded the dignity of ridicule.  Women had to fight with every fiber of their being not to be completely ignored.  In a treatise on men and women in America published at the start of the war, author Pearl S. Buck wrote,

The talented woman… must have, besides their talent, an unusual energy which drives them… to exercise their own powers.  Like talented men, they are single-minded creatures, and they can’t sink into idleness nor fritter away life and time, nor endure discontent.  They possess that rarest gift, integrity of purpose… Such women sacrifice, without knowing they do, what many other women hold dear – amusement, society, play of one kind or another –  to choose solitude and profound thinking and feeling, and at last final expression.

“To what end?” another woman might ask.  To the end, perhaps… of art – art which has lifted us out of mental and spiritual savagery.”

Q: How many pastel paintings do you have in progress now?

A:  Making pastel-on-sandpaper paintings is a slow and meticulous process.  I work full-time in my studio so that in a good year I can produce five finished pieces.  Typically two are in progress at a time so that I can switch off when problems develop.

A downside to looking at a painting for months is that there comes a point when I can’t see the flaws any more.  Then it’s definitely time to take a break.

When I put a painting that has been resting back onto my easel, I see it with fresh eyes again.  Areas that need work immediately stand out.  Problem areas become easily resolvable because I have continued to think about them while the painting was out of my sight.

Comments Off on Q: How many pastel paintings do you have in progress now?

Q: Do you use a sketchbook?

A:  I used to use a sketchbook early on, when I was just beginning to find my way as an artist.   Sketching on location helped to crystalize my ideas about art, about technique, and about what I hoped to accomplish in the near term.  These days I spend so many hours in the studio – it’s my day job – that I often need a mental and physical break from using my eyes and from looking at and composing images.

What I do instead is to walk around New York (and elsewhere) with a camera.  Photography for me sometimes serves as an alternative to sketching.  It’s a way to continue to think about art, to experiment, and to contemplate what makes an arresting image without actually having to be working in the studio.

Comments Off on Q: Do you use a sketchbook? 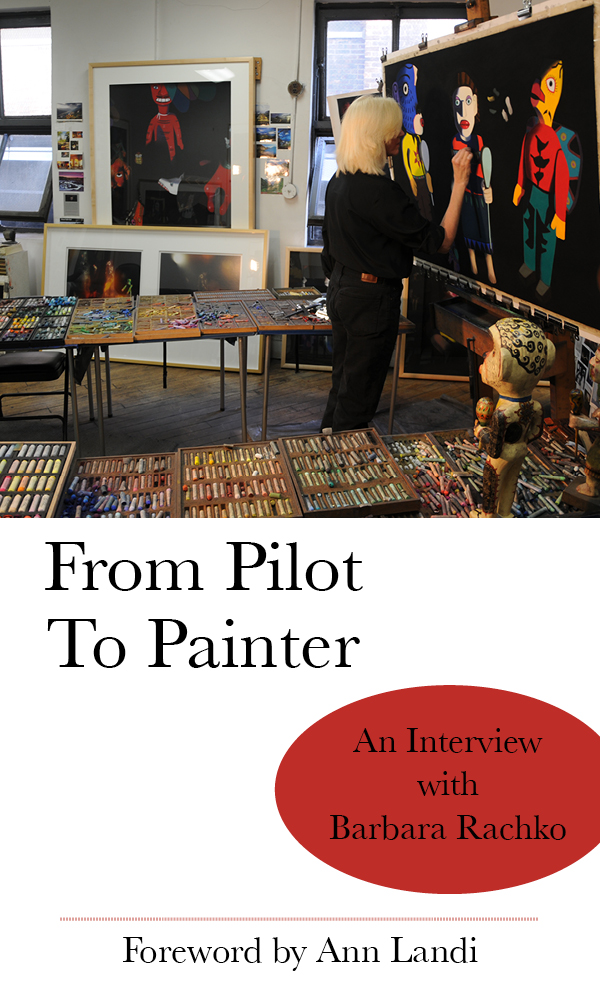 Two facts differentiate Daybook from my work in visual art.

The first is the simple safety of numbers.  There are 6500 Daybooks in the world.  My contribution to them was entirely mental, emotional.  I never put my hand on a single copy of these objects until I picked up a printed book.  I made no physical effort; no blood, no bone marrow moved from me to them.  I do not mean that I made no effort.  On the contrary, the effort was excruciating because it was so without physical involvement, so entirely hard-wrought out of nothing physical at all; no matter how little of the material world goes into visual art, something of it always does, and that something keeps you company as you work.  There seems to me no essential difference in psychic cost between visual and literary effort,  The difference is in what emerges as result.  A work of visual art is painfully liable to accident; months of concentration and can be destroyed by a careless shove.  Not so 6500 objects.  This fact gives me a feeling of security like that of living in a large, flourishing, and prosperous family.

Ancillary to this aspect is the commonplaceness of a book.  People do not have to go much out of their way to get hold of it, and they can carry it around with them and mark it up, and even drop it in a tub while reading in a bath.  It is a relief to have my work an ordinary part of life, released from the sacrosanct precincts of galleries and museums.  A book is also cheap.  Its cost is roughly equivalent to its material value as an object, per se.  This seems to me more healthy than the price of art, which bears no relation to its quality and fluctuates in the marketplace in ways that leave it open to exploitation.  An artist who sells widely has only to mark a piece of paper for it to become worth an amount way out of proportion to its original cost.  This aspect of art has always bothered me, and is one reason why I like teaching;  an artist can exchange knowledge and experience for money in an economy as honest as that of a bricklayer.

Anne Truitt in Turn:  The Journal of an Artist

Comments Off on Pearls from artists* # 127

As the art historian Jack Flam has noted:  ‘Art constantly reinvents itself.  As time passes, new audiences find new ideas and inspiration in it and keep reframing its meanings and significance in fresh ways.  Art also encourages new mental attitudes and ways of looking as it travels across space; some of these attitudes and beliefs might have been inconceivable to the people who created it, but the art nonetheless manages to speak persuasively and to create fresh images in other collective imaginations.’

Quoted in Man Ray, African Art, and the Modernist Lens by Wendy A. Grossman

Comments Off on Pearls from artists* # 104