Q: How do you think about risk? What role has taking risks played in your life/career? (Question from Emma Jacobs, VoyageMIA.com)

A: My journey to becoming a visual artist was circuitous, to say the least. Risk-taking gave me the life and career I enjoy now.

The biggest – and scariest – risk I’ve ever taken was deciding to leave my active duty Naval career to pursue art full-time. The second most significant risk was moving to New York City in 1997. I have never regretted doing either one.

When I was 25, and a civilian, I earned my private pilot’s license and spent the next two years amassing other flying licenses and ratings, culminating in a Boeing-727 flight engineer’s certificate. Two years later I joined the Navy.

As an accomplished civilian pilot with thousands of flight hours, I had expected to fly jets in the Navy. However, women were barred from combat in those days (the 1980s) so there were very few women Navy pilots. There were no female pilots on aircraft carriers and no female Blue Angels. Women were restricted to training male pilots for combat jobs and priority was given to Naval Academy graduates. My BA was from a different university.

In the mid-1980s I was in my early 30s and a Lieutenant on active duty in the Navy. I worked a soul-crushing job as a computer analyst on the midnight shift in a Pentagon sub-basement. It was literally and figuratively the lowest point of my life. I hated my job! Not only was it boring, I was not using my hard-won flying skills. In short I was miserable – miserable and trapped because a Naval officer cannot just resign with two weeks notice.

Remembering the joyful Saturdays of my youth when I had taken art classes with a local New Jersey painter, I enrolled in a drawing class at the Art League School in Alexandria, Virginia. Initially I wasn’t very good, but it was wonderful to be around other women and a world away from the “warrior mentality” of my mostly male Pentagon co-workers. Plus, I was having fun!

Soon I enrolled in more classes and became a very motivated full-time art student who worked nights at the Pentagon. As I studied and improved my skills, I discovered my preferred medium – soft pastel on sandpaper.

Although I was certain I had found my life’s calling as a fine artist, I had grown used to a regular paycheck and the many benefits of being a Navy Lieutenant. For more than a year I agonized over whether or not to leave the Navy and lose my financial security. I’d be taking a huge risk: could I ever support myself as an artist? Was I making the dumbest mistake of my life?

Eventually, I decided I HAD TO take a leap. I simply adored making art – it challenged me to use all of my skills and talents – while I was unhappy, bored, and unfulfilled working at the Pentagon.

But once my mind was finally made up, I still could not leave. Due to geopolitical circumstances, there was a significant delay. The Navy was experiencing a manpower shortage and Congress had enacted a stop-loss order, which prevented officers from resigning for one year. I submitted my resignation effective exactly one year later: on September 30, 1989. Being stuck in a job I no longer wanted nor had the slightest interest in, was truly the longest year of my life!

Unlike most people, I can pinpoint exactly when I became an artist. I designate October 1, 1989 as the day I became a professional artist! I have never regretted my decision and I never again needed, nor had, a day job.

However, I must mention that I remained as a part-time Naval Reservist for the next 14 years, working primarily at the Pentagon for two days every month and two weeks each year. The rest of the time was my own to pursue my art career. After I moved to Manhattan in 1997, I commuted by train to Washington, DC to work for the Navy.

Finally on November 1, 2003, I officially retired as a Navy Commander. Now, I daresay, I am the rare fine artist who can point to a Navy pension as a source of income.

I love my life as an accomplished New York fine artist! With the help of two social media assistants, I work hard to make and promote the art I create. My pastel paintings and my pastel skills continue to evolve and grow, gaining wider recognition and a larger audience along the way.

In addition to making art, I have been a blogger since 2012. The audience for my blog, https://barbararachkoscoloreddust.com/ increases by 1,000 – 2,000 new subscribers each month. Today I have more than 72,000 readers!

Comments Off on Q: How do you think about risk? What role has taking risks played in your life/career? (Question from Emma Jacobs, VoyageMIA.com) 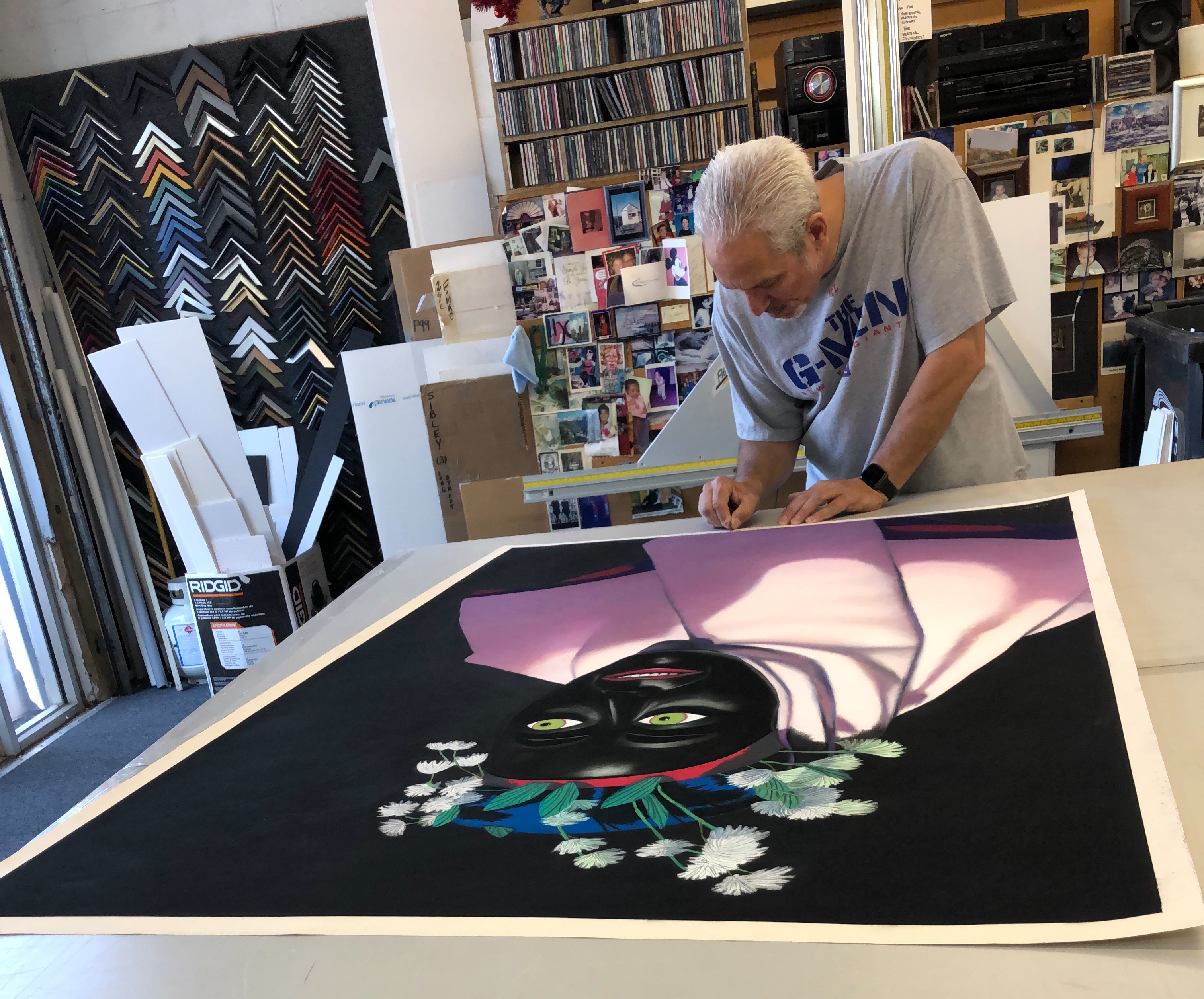 If you look at the work of an artist over a lifetime there is always transformation.  Some hit a lively pace early on and then seem to lose it later.  Others find that place progressively throughout their life; others still find it late.  But regardless, they are all learning to isolate the poetic within them. That focus on the poetic in our own work increases our appreciation of the beauty around us, increases our growth, and increases our divine connection.

One thing you see in many artists’ work is that as they continue over the decades to translate their experience of the poetic into form, they learn to communicate better.  They strip away all the extraneous stuff and artistic baggage they had.  They say more with less.

Ian Roberts in Creative Authenticity:  16 Principles to Clarify and Deepen Your Artistic Vision

Comments Off on Pearls from artists* # 371