And yet books were faithful companions for Vincent, an important source of sustenance during his times of melancholy:  he periodically re-read his favourites, finding new meaning in the text and illustrations each time.  Van Gogh read in at least two ways: first “breathlessly,’ and then ‘by careful exploration.’  But we could add a third and a fourth way:  thirdly as an artist, and fourthly from the perspective of the writer he perhaps knew himself to be.  To Vincent, reading books meant above all to ‘seek in them the artist who made them,’ as he wrote to his sister Willemien.  He sought to open an internal dialogue with other writers as artists, and meditated on their words, stopping to consider and reconsider a phrase to make it resonate within him  He did this in more than one language – internalizing words, ruminating, bending them to his will, and finally assigning them to a fate of his choosing, over the years.  Remarkably several Prefaces by French Naturalist novelists such as Zola, De Goncourts or Maupassant (today considered genuine manifestos) were among the pages that truly challenged and engaged his mind.  In them he found the freedom that he was seeking in painting – the ‘confirmation’ of his own ideas, inspiration and encouragement.  The work of the illustrators of his favorite books and magazines equally attracted him and had a lingering effect on him, on which he paused to reflect repeatedly, extracting inspiration indirectly.
Mariella Guzzoni in Vincent’s Books:  Van Gogh and the Writers Who Inspired Him

Posted in An Artist's Life, Inspiration, Pearls from Artists, Quotes

Comments Off on Pearls from artists* # 425

Q: You have been a working artist for nearly thirty years. Considering your entire body of work, is there any particular painting that you love or hate? 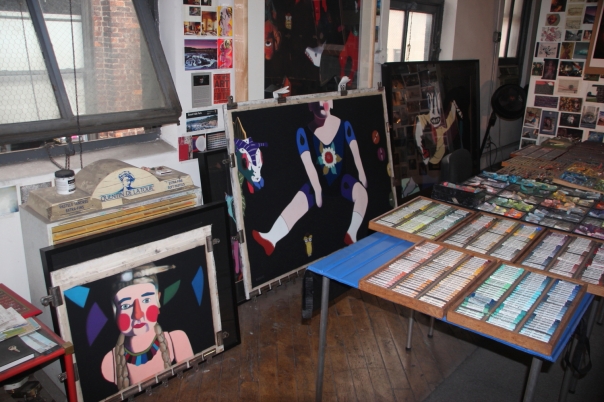 A:  With very few exceptions, I generally love all of my paintings equally.  I do not hate any of them.  Each was the best I could make at that particular stage in my development as an artist and as a person.  I am a perfectionist with high standards – this is my life’s work.  I am devoted to becoming the best artist I can be.   I have never pronounced a work “finished” until it is the absolute best that I can make.

Comments Off on Q: You have been a working artist for nearly thirty years. Considering your entire body of work, is there any particular painting that you love or hate?

Q: Does your work have an overall message?

A:   Maybe there’s an overarching message, but that’s something for viewers to judge. I generally don’t like to specify what my work is about because my thinking about meanings evolves constantly and I don’t want to cut off people’s interpretations. Other people’s insights and opinions are equally as valid as mine.

Recently I had the experience of being told that my interpretation of an artist’s work was “wrong.”  Besides hurting my feelings, she cut off a dialog and learned nothing about how her work is perceived.  I found it sad because art is communication and an opportunity was missed.