← Q: Can you talk about how you transport your large pastel-on-sandpaper paintings?
Q: What’s on the easel today? → 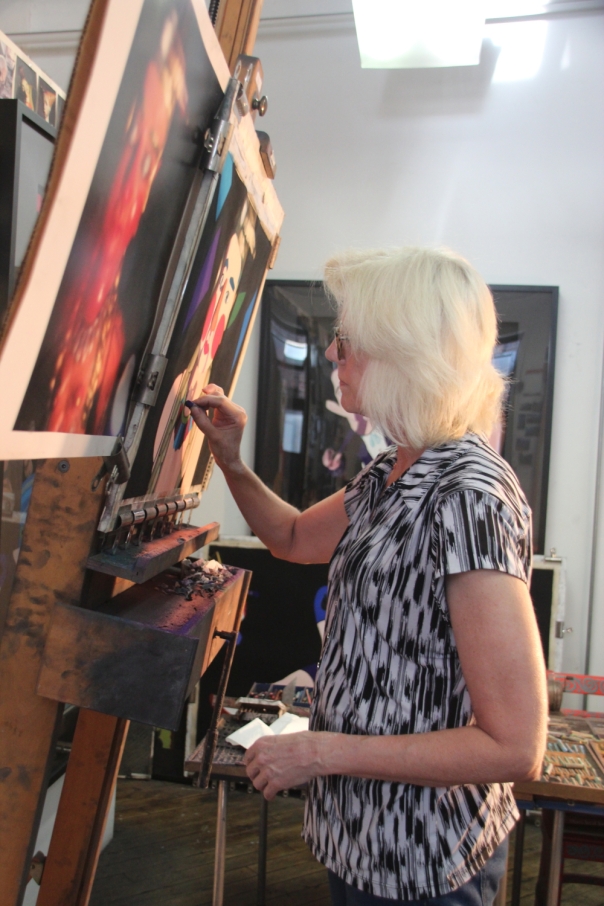 At work on a pastel painting

Artists generally need privacy in order to create, and as I’ve noted, what constitutes adequate privacy varies by person and time.  Solitude quickly becomes isolation when it oversteps one’s desires.  But most artists need to feel that they and their work won’t be examined prematurely and, certainly, won’t be ambushed unfinished by ridiculing eyes.  You might go out and invite various people to critique a piece in progress, even knowing they’re unlikely to view it with sympathy, exactly because you feel there’s necessary information in their opinion.  But, if you’ve invited them, however unpleasant the response, your experience is likely preferable to what you would feel if they impulsively offered up the same critiques unsolicited.

Someone making art needs privacy in part because the process of creation makes many people feel vulnerable, sometimes exquisitely so, particularly since the work frequently emerges in a jumble of  mixed-up small parts that you can only assemble gradually, or in a wet lumpy mound that requires patient sculpting.  When people feel prematurely revealed or exposed, they often experience great discomfort and find themselves babbling apologetically, seeking to reassure by laying out the distance they have yet to travel.  It is in part this babble-as-smoke-screen to cover exposure resulting, distracting, unhappy self-consciousness that privacy seeks to shelter.

But even more significantly, privacy grants us permission to turn our attention inward without interruption.  As I described earlier, in order to concentrate, think, and fantasize, we need to feel we’re in a safe enough space that we can lower our vigilance, stop monitoring our environment, and allow ourselves to refocus on the happenings within our own minds.  There are times interruptions feel merciful, but many more when they disrupt our effort to flesh out an inchoate notion.

Janna Malamud Smith in an absorbing errand:  How Artists and Craftsmen Make Their Way to Mastery

← Q: Can you talk about how you transport your large pastel-on-sandpaper paintings?
Q: What’s on the easel today? →