Q: What first intrigued you about Mexico? 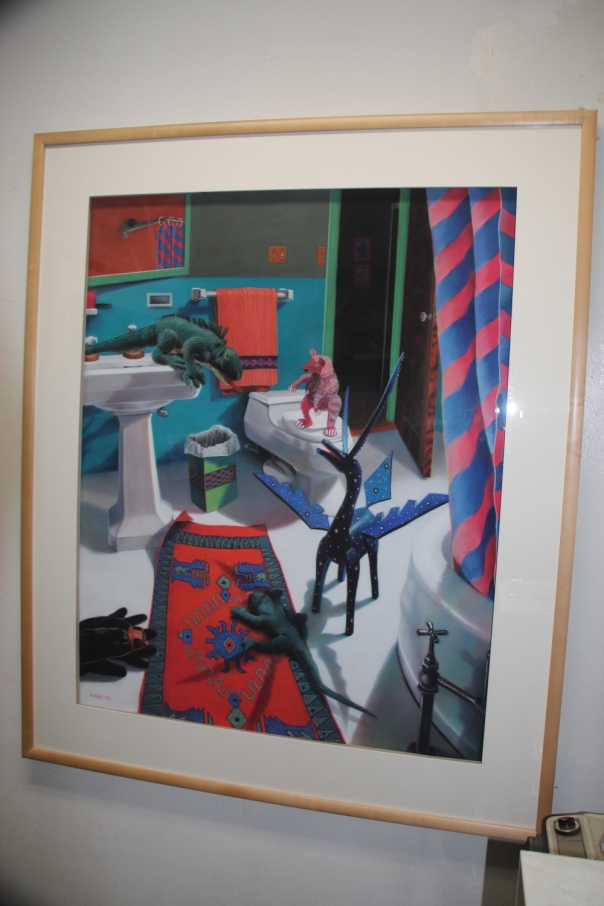 A:  In the early 90’s my husband, Bryan, and I made our first trip to Oaxaca and to Mexico City.  At the time I had become fascinated with the Mexican “Day of the Dead” celebrations so our trip was timed to see them firsthand.  Along with busloads of other tourists, we visited several cemeteries in small Oaxacan towns.  The indigenous people tending their ancestor’s graves were so dignified and so gracious, even with so many mostly-American tourists tromping around on a sacred night, that I couldn’t help being taken with these beautiful people and their beliefs.  From Oaxaca we traveled to Mexico City, where again I was entranced, but this time by the rich and ancient history.  On our first trip we visited the National Museum of Anthropology, where I was introduced to the fascinating story of ancient Meso-American civilizations  (it is still one of my favorite museums in the world); the ancient city of Teotihuacan, which the Aztecs discovered as an abandoned city and then occupied as their own; and the Templo Mayor, the historic center of the Aztec empire, infamous as a place of human sacrifice.  I was astounded!  Why had I never learned in school about Mexico, this highly developed cradle of western civilization in our own hemisphere, when so much time had been devoted to the cultures of Egypt, Greece, and elsewhere? When I returned home to Virginia I began reading everything I could find about ancient Mexican civilizations, including the Olmec, Zapotec, Mixtec, Aztec, and Maya. This first trip to Mexico opened up a whole new world and was to profoundly influence my future work. I would return there many more times.