← Q: How many studios have you had since you’ve been a professional artist?
Start/Finish of “Dichotomy,” soft pastel on sandpaper, 38″ x 58″ → 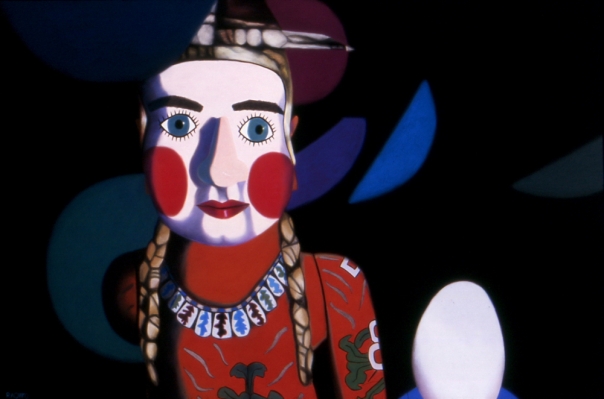 I did sculpture because what interested me in painting was to bring some order to my brain.  It was a change of means.  I took to clay as a break from painting; at the time I’d done absolutely everything I could in painting.  Which means it was still about organizing.  It was to put my sensations in order and look for a method that really suited me.  When I’d found it in sculpture, I used it for painting.  To come into possession of my own brain:  that was always the goal, a sort of hierarchy of all my sensations, so that I could reach a conclusion.

One day, visiting Carriere at his house, I told him that.  He replied:  “But, my friend, that’s why you work.  If you ever managed it, you’d probably stop working.  It’s your reason for working.”

In painting – in any oeuvre – the goal is to reconcile the irreconcilable.  There are all kinds of qualities in us, contradictory qualities. You have to construct something viable with that, something stable.  That’s why you work your whole life long and want to keep on working until the last moment… as long as you haven’t admitted defeat or lost your curiosity, as long as you haven’t settled into a routine.

← Q: How many studios have you had since you’ve been a professional artist?
Start/Finish of “Dichotomy,” soft pastel on sandpaper, 38″ x 58″ →